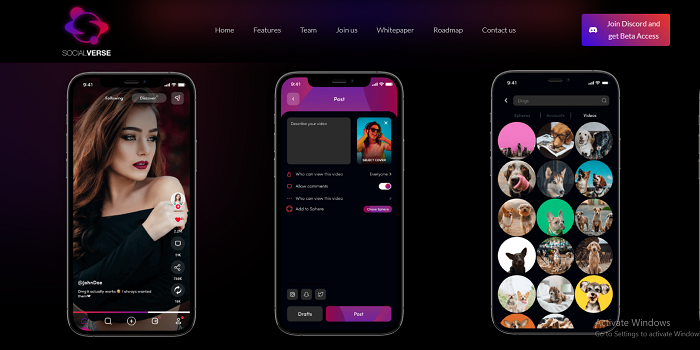 One improvement would be to actually GET images into the cache folder, and USE the cached images instead of retransmitting them over and over and over again. If you have something which changes textures (like a photo shower) then every picture change is accompanied by the texture, all over again. How many terrabytes are wasted in repeated transmission of data?

But the biggest issue is certainly to be optimization of the server code. Optimize it so make maximum effect of the cache. Do all of one function to all the datasets first so all that is in cache. Then the second function. And so on. Time to optimize for speed.

And if more ram is necessary to do this, then buy and install the ram. Nobody is using the same amount of ram OR drivespace they were in 2002… well, nobody successful anyways.

2011 did see very good improvements to TP and region crossing reliability and performance. Remember when ever time someone would enter and leave a region, the sim would stall for a minute?

The server side 2012 projects are still in research and data gathering stages. The short answer is way many of the services were setup was not a good idea and just reconfiguring them correct those issues would cause far worse problems. The long answer is that the problems are going to be much bigger than they think.

I’m in the camp of folks for whome the grid has experienced -massive- improvements to issues like lag and stability.

If you’re able to run the newest viewer – or one based on it, its going to be a lot better. If not, you’re still working with old code – 2009 at best, 2003 at worst, is sitting under the hood for you. And for those folks I can see it getting steadily worse as they encounter more and more of an SL tailored to a different tech base.

The war on drugs is an epic fail. If you assume it was meant to combat drugs at all:

– for what it was really meant to do, its been a massive success.

But the ‘war on lag’ seems to be more or less working. It has some causalities though. That’s how these things go. In any tech advance, choices have to be made and you pick a spot on the line and cut away everything on one side.

This advance could be great. Could Metaverse for social be the ‘best thing since sliced bread’. But only if its not coupled to the new ‘texture compression’ on-by-default “feature”. That feature eliminated lag by making no-lag appear to be massive lag: rendering everything fully but blurry. 🙂

“Actually, Philip mentioned it after he briefly replaced M in 2010”

That was near the end of 2010 when the effort was more on saving the company financially from several years of poor decisions to focus on the “business aspects” instead of the actual platform. This killed off or shelved a lot of internal projects for the next several years.

You’ll never be entirely rid of lag because you’ll never be rid of the bozos walking around covered in high resolution textures and loaded down with scripts — or running laggy badly-written scripts on their property 24/7/365, whether or not they are in-world (which usually, they aren’t).

And why venue owners bother to put out those resource usage boards I have no idea, because none of them have the balls or commitment to kick heavy laggers off the property or out of events.

My point, therefore, is just accept the lag. It’s much more relaxing. 🙂 I spend a lot of time roaming the Grid, and travel all over the Mainland regions by car, motorcycle, train, plane, and boat and manage fine. I’ve made trips spanning over 50+ contiguous regions without any mishaps (rubber-banding at border crossings, yes; viewer crashes or being wrenched off the vehicle, no). This would not have been possible back when I first entered SL, so things are astronomically better already. Whatever improvement this “Shining” project contributes can only be an additional plus.

Hamlet – I think your opinion on this is rather coloured by the performance of your fairly decent Alienware laptop, which does not reflect most people’s experiences with lesser kit.

There are still major issues involving lag that can be and are being addressed – improved sim crossing code is currently being rolled out. Rod announced that 2012 would be the year of server side improvements in SL (2011 was mainly viewer and restructuring) and Shining is just the latest of many, though most go unpublicised by LL. Incidentally LL’s policy of pushing more server side is very sound – it is the area it can control – and is clearly a good policy if they adopt cloud streaming in future.

Try running new kid on the block Cloud Party on a basic netbook and do the same with a scene in SL rendering many times the triangles and you will see that lag in SL is not that bad.

As soon as I started using Niran viewer i got a much better preformance overall.

As a nascar racer, i need at least 30 fps minimum, i was getting 35 with phoenix, at full setts but no shadows.

So as a long long user of pre mesh viewrs i can say that the latest LL code made a big improvment overall (i can even cross 100 sims straight on my bike, with 217 scripts on me, lol, even if reguraly i wear only a ao and open collarm and on the races not a single one)!

Yes, a user top computer helps, a Optical fiber connection of 200 mega download sec as well, but Nvidia latest drivers helped a lot more, as i could use 16AA and 16AF via hardware and finnaly use a V3 viewer based (Niran for me all the way!)

I cant agree, lag was making me lost faith and interest in sl, cause the things i wanted to do, like exploring mainland by sea, land or air, was not possible!

Now that those problems are sorted (fingers crossed, we never know, lol) I can accept that tiers are as ever, as even if i had 10 sims of my own, i could not have so much fun as after crossing 100, straight, on bike, watching all around (some amazing places, some really bad taste, but nevertheless a lot of continents that i didn’t even knew they existed, as i was a homestead user since i got premium and used to to all above, but on private regions, like the Cobra’s sims, the paradise islands and so on!

Yes, lower tiers is a must but not mandatory anymore if users can enjoy mainland as now!

Author John Rodriguez 168
If you happen to be winning369 gaming players who desire to find the cash effortlessly here. we will talk about tips how to How...
Read More

Author John Rodriguez 191
As written by Mark in a previous article, FTR’s very own Danny Steinberg (forum name IowaSkinsFan) has had quite the showing thus far at...
Read More